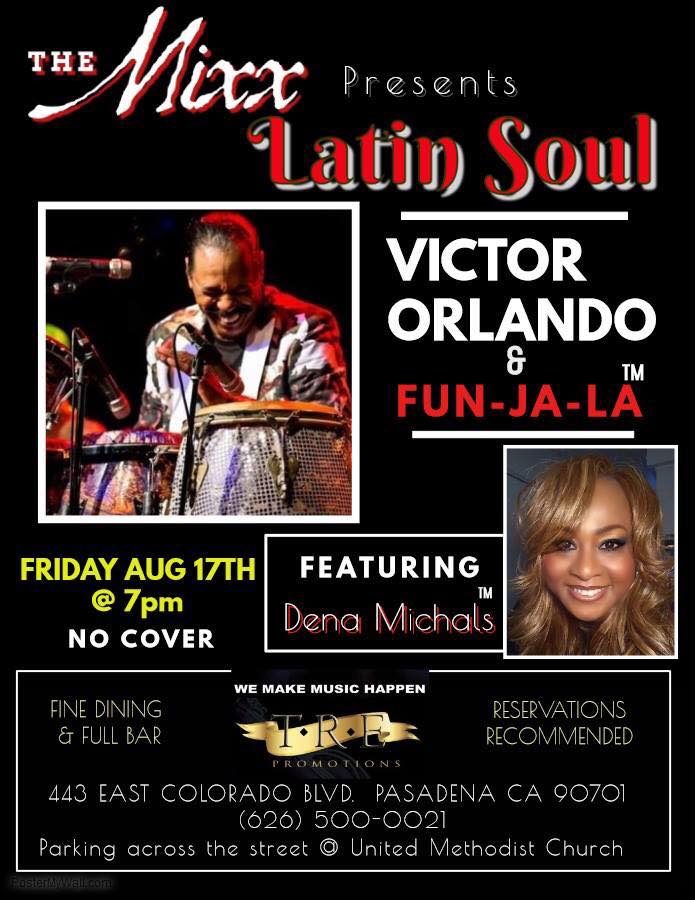 Victor Orlando, percussionist to the stars, musician, music producer, songwriter, actor, comedian, screenwriter, movie producer and director of the brand new comedy movie, SWITCH! Recipient of a Lifetime Achievement Award in Percussion, presented by The 7th Annual Hollywood F.A.M.E. Awards / Los Angeles Music Awards. Victor is also the recent recipient of The Best Percussionist Award presented by The 2nd Annual Nollywood Film Awards. Grammy nominated & NAACP Award nominee for his CD, “N Da House”, comprised of phenomenal Funk, Jazz & Latin music, hence the name of his band, Fun-Ja-La. Available at iTunes, eMusic, Spotify, CDBaby and most of your favorite online music stores. You may have heard his song, Argentia, in the feature film “For The Love of Money” starring Edward Furlong & James Caan. Victor is the former percussionist of The Gap Band. His work can be heard on the timeless R&B classic, Outstanding. His work can also be heard on the unforgettable R&B hit, Computer Love by Roger & Zap and countless other recordings. Victor has also performed & recorded with Angie Stone, Yarbrough & Peoples, Teena Marie, Buddy Miles, Billy Preston, Bobby Womack, 2Pac, LL Cool J, Chaka Khan and many, many more.