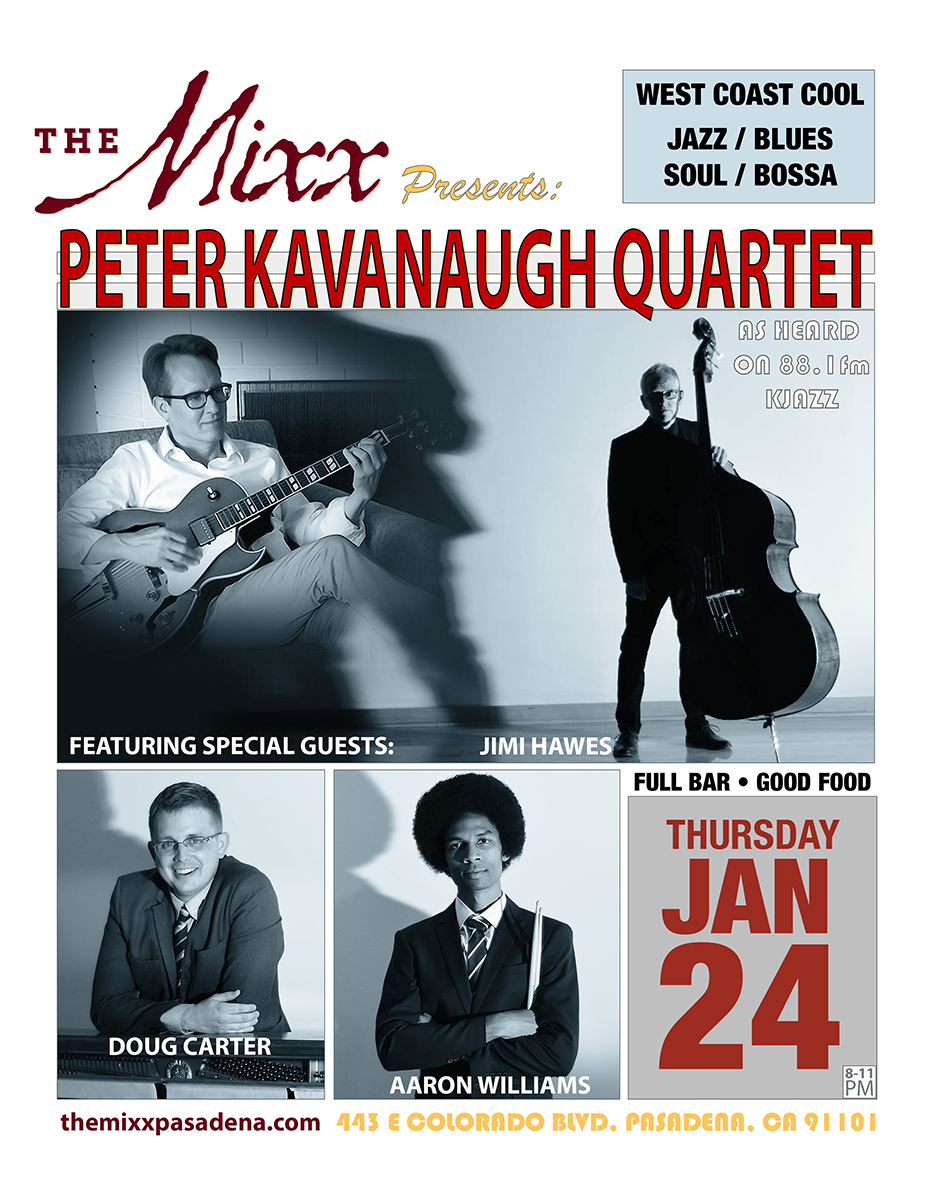 As a guitarist, bandleader, composer and co-producer, what truly nourishes Peter Kavanaugh’s soul are jazz standards and the great American songbook. “I like injecting unexpected elements into songs from the great 20th century composers.”

Peter’s appreciation for the rich harmonic structure and deep chordal textures of standards can partly be attributed to his classes with Joe Pass — the jazz guitar icon best known for accompanying Sara Vaughn, Frank Sinatra, and Ella Fitzgerald.

A Los Angeles-area sideman for over a decade, Peter further developed his sound and style playing swing, gypsy jazz, blues, country, rockabilly and soul before taking center stage with the 2015 album “Whisper Not.”

His self-released debut established his West Coast Cool Jazz take on lesser-known nuggets from the American songbook, and was embraced by over 50 jazz radio stations across the country. Los Angeles-area jazz station KKJZ kept five album tracks in rotation for over six months.