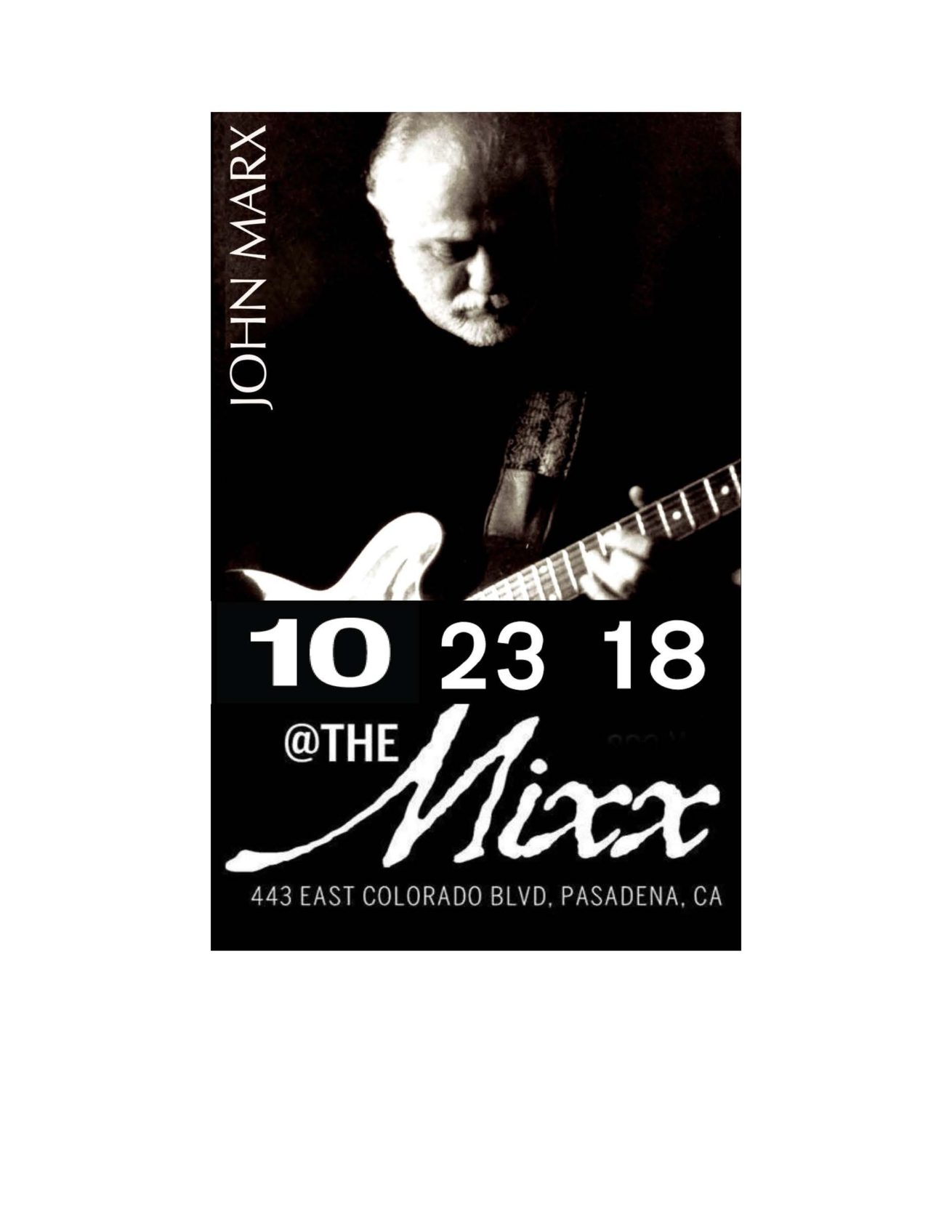 A native of Baltimore, John is proof that you don’t have to be from Chicago to have the blues in you. “I grew up on the East Coast playing blues,” says Marx, “I remember the early 60s…I was a folk singer but I was also into Leadbelly, Mississippi John Hurt, B.B. King (as well as) Nat (King) Cole.” Drums were his first instrument but he switched to guitar at age 14. When he got out of the Navy, John settled in San Diego, recorded an album for Decca with his band The Daddios, then formed a band called Nova, which fast became one of the hottest bands in San Diego. “We’d do blues and all the Afro-Cuban musics.” After moving to L.A. in 1978, John took what might have been considered a 180 degree turn, joining Captain & Tennille, who were looking for a singing guitarist. Over the years, John has played/toured or recorded with blues luminaries such as Jimmy Witherspoon, Larry Davis, Earl King, Floyd Dixon, Albert Collins, Lowell Fulson and Lightning Hopkins and the late William Clarke.