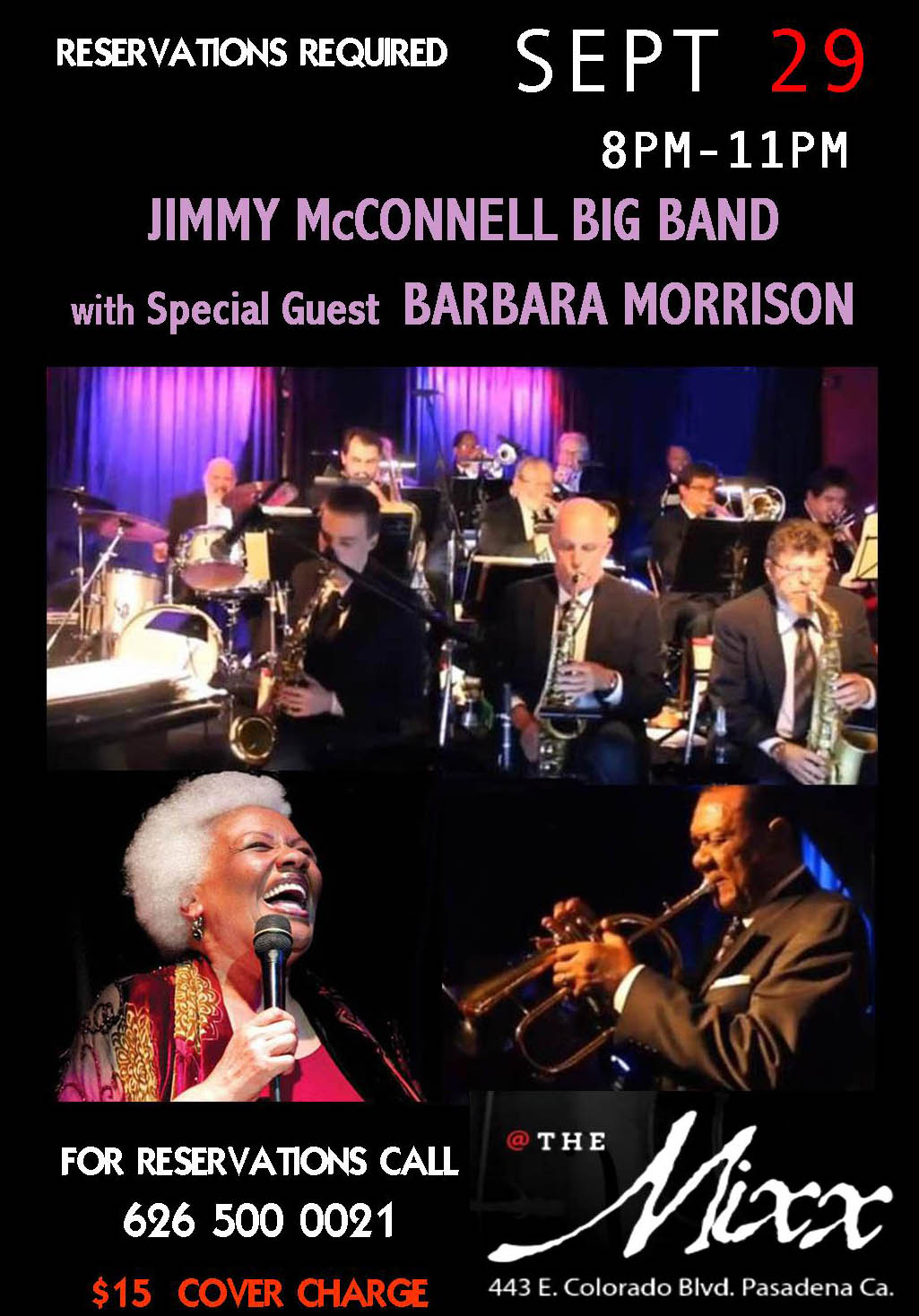 Jimmy has performed with Thad Jones/Mel Lewis Band, Jack McDuff, Michael Jackson & The Jackson 5 (musical director on a brief tour), Arthur Prysock, B.B. King, Bobby “Blue” Bland, Martha & The Vandellas, Isaac Hayes, Eddie “Cleanhead” Vinson, backed Nancy Wilson, Lou Donaldson, O.C. Smith, Ernie Andrews, Barbara Morrison, & many others.
Jimmy has put together one of the better music aggregation in the world, featuring some of the great names in the music business in his band (bigband). He is also leader of the UNITED JAZZ QUINTET (UJQ))
Jimmy’s trumpet can be heard in Clint Eastwood’s movies, “Bird,” , “A Brand New Life” with Barbara Edens & Don Murray, “Lame Duck,” and “Harlem Knights,” among several others.

Barbara Morrison is known for a melodic voice and a three-and-a-half-octave range. She interprets a familiar jazz and blues classics repertoire in a unique style, and also sings original contemporary tunes. One example of her original music is “I Wanna Be Loved”, co-written with Michael Cormier, which is a musical theater production about the life and times of Dinah Washington, Queen of the Blues.