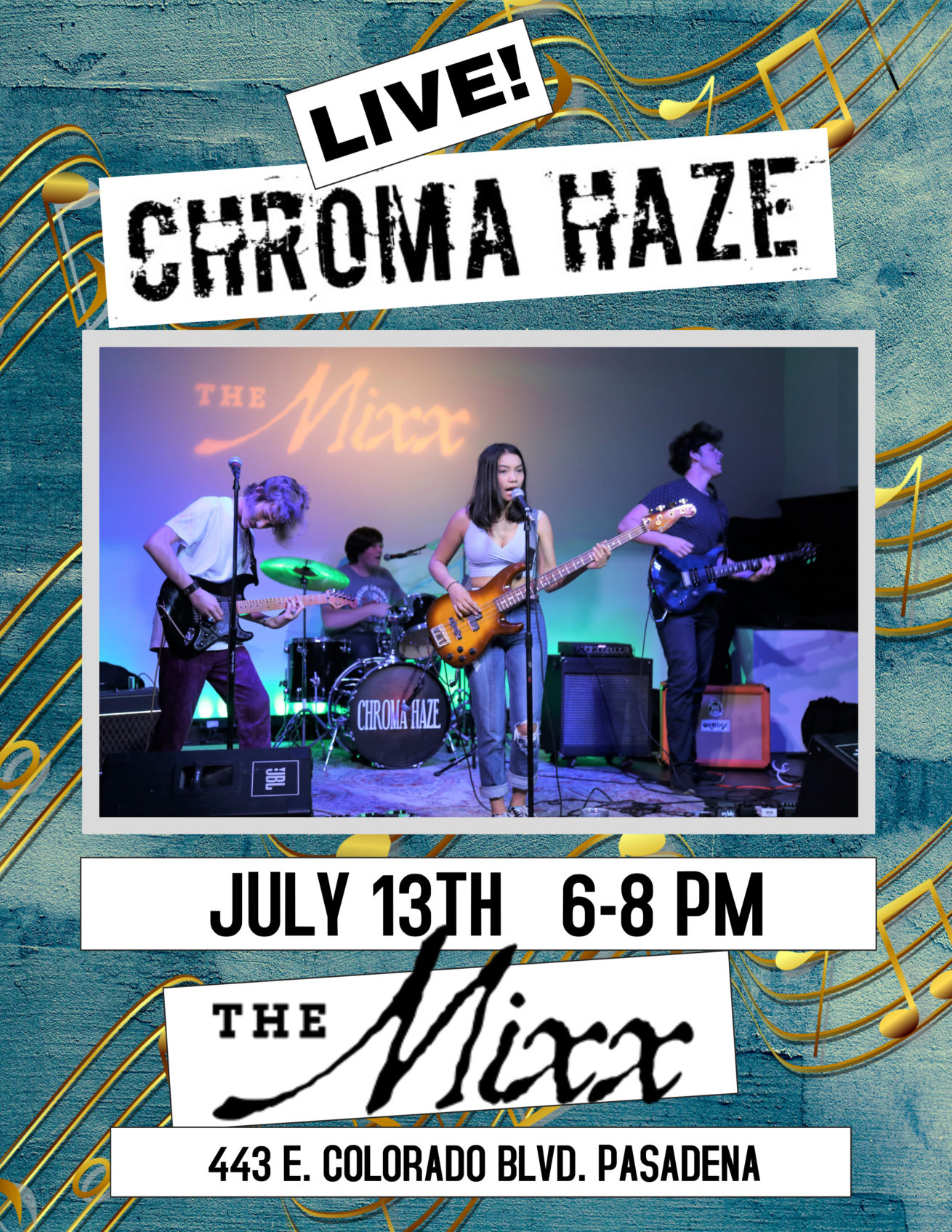 Chroma Haze is a local band with members from Hermosa Beach, Venice, Beverly Hills and Los Angeles. They are a very talented group of young musicians with diverse influences including Jimi Hendrix, Van Halen, Paramore, Foo Fighters and The Strokes,The members of Chroma Haze: Cori Wilson – Bass & Lead Vocals, Gio Conversano – Guitar, Sean Michael Howe- Guitar and Ethan Makauskas – Drums & Vocals; have played some iconic venues that include The Whisky, The House of Blues, The Lighthouse Cafe and The Hard Rock. Chroma Haze has also played some great concerts and festivals such as: Manhattan Beach Concerts in the Park (10,000 attendance), SummersFest and Night on Broadway, just to name a few. These amazing artists have been on Broadway (School of Rock) and won the Battle of the Bands at The House of Blues for three consecutive years.The band is currently in negotiations to cut their first EP.